Sigma Sends Its Full-Frame fp Into Near Space.

The release of the first mirrorless camera back in 2008 ushered in a new era of camera design. Without a mirror mechanism to worry about, camera manufacturers were able to achieve significant size and weight advantages over DSLRs, and portability quickly became the order of the day for many photographers. These important benefits have perhaps been most welcomed by users of full-frame cameras, which tend to be quite bulky and heavy. Today, 65% of full-frame cameras sold are mirrorless.

So, the question is, which camera currently holds the crown as the smallest and lightest full-frame mirrorless body on the market? You’ve probably guessed it – the SIGMA fp. Released in late 2019 and weighing 422g (including battery), the fp offers a unique design that blends powerful stills and video functionality with exceptional portability. If you’re trying to imagine what 422g feels like – I’m not good at visualising weights either – it’s about the same as a small mug of coffee, or two bananas, or half a loaf of bread. In other words, very little. The camera is modular, so can be used stripped down for maximum compactness, or you can bolt on accessories such as a hand grip or hotshoe for improved functionality.

To demonstrate just how small and light this camera is we decided to send two of them to the Earth’s upper atmosphere on weather balloons to capture some of the best stills and video ever shot from this viewpoint. The first camera would shoot 24.6MP stills, with one shot taken every six seconds. The second would record 4k UHD 12-bit RAW video to an external drive, which is some of the most impressive video spec in the mirrorless camera world. As far as we’re aware, no one has ever sent a full-frame camera to the edge of space before, so we couldn’t wait to see how majestic the Earth would look from more than 100,000ft in this resolution.

The journey to the upper atmosphere is not an easy one. Temperatures plummet to -60C. Winds in the jet stream between five and seven miles up can exceed 100mph. And the cloud layer can cause condensation to form on the lens. After the balloon bursts, the camera plummets towards Earth at 250mph, before the air becomes thicker and a parachute slows its descent. The payloads are tracked using GPS, and can travel laterally 100 miles or more in their 2-3 hour journey. The predicted path of the payloads has to be carefully assessed, as if they travel too far they could land in the sea, in which case they couldn’t be retrieved.

To navigate these challenges Sigma UK teamed up with Sent Into Space, a company that specialises in near-space launches. Two special carbon-fibre rigs were designed, each holding a foam box in which the cameras would be mounted. The boxes would insulate the equipment against the extreme cold, although the hard drive would sit on the outside of the box to prevent overheating due to lack of airflow at very high altitudes. In the side of the box a hole was cut to give the 14mm F1.8 DG HSM | Art lens a clear view of the Earth.

Choosing the right settings is difficult as once the balloon is released it’s not possible to make adjustments. Also, releasing before sunrise means a wide range of light intensities during the flight. For the still camera we made our best guess at an aperture and shutter speed for the flight, then set Auto ISO, with a limit of 1600, to balance the exposure. This worked well, although in hindsight we should have chosen a slightly faster shutter speed as it was brighter than expected at once the sun came up, and also there was some motion blur on a few of the shots as the camera moved around more than we thought it would. On the fp recording video, our shutter speed was fixed at 1/50sec, ISO at 100 and aperture F11. This gave us pretty much perfect exposure at peak altitude, and as we shot in Cinema DNG format, each frame is a RAW file so could be pushed and pulled quite hard to fine-tune exposure.

Having chosen a day with a favourable weather forecast, we met at 3am to prepare for launch. We wanted to launch early so we could test the fp’s impressive dynamic range with a low sun, and we also hoped to capture some colour in the clouds as the sun came up. Just before first light, we inflated the first balloon, this one carrying the fp recording video, checked the settings, and let it go. Half an hour later, we released the second balloon, with this fp recording stills. Keeping a close eye on the GPS data, we split into two teams and started travelling in the direction the balloons were moving, keeping more or less under them the entire journey. It took a bit of searching when the balloons landed, but we recovered both and captured some spectacular footage.

We were slightly unfortunate in that the camera shooting video had some ice crystal formation on the front element of the lens. This is a risk with early launches – condensation forming on the lens through the cloud layer is normally evaporated off by the sun, as was the case with the second camera, but before sunrise the droplets can sometimes freeze and remain on the lens for the whole flight.

Despite the ice crystals, the footage was pretty incredible, with remarkable detail visible 20 miles below at ground level. On some of the stills images, it was possible to see the east coast of England in the distance, with Flamborough Head and Scarborough clearly visible. We have made two videos about this project. One showcases the footage and stills in full 4K resolution (https://www.youtube.com/watch?v=T9smpOWzQx4&t=96s), and the other is the making of the project (https://www.youtube.com/watch?v=KlFkNpIVsPs). Do check them out! And if you want to know more about the SIGMA fp or 14mm F1.8 DG HSM | Art lens, please visit the Sigma UK website at sigma-imaging-uk.com. 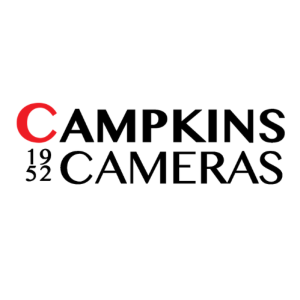